Unit testing should be done by the developer and include two tests. The first of these is to walk through each line of his code to insure it works correctly. This is a normal part of the development process, however the second test is not. During this test the developer should try to “break” their code through destructive testing by passing invalid parameters. Passing parameters that will not work, helps insure exceptions are handled and correct data types and field lengths are used. Passing a set of code to the development team that just barely works does not represent good habits. The attitude that, “I am not sure if it works, but they will catch it in QA,” is not acceptable.

For this second test, the quality assurance team should give the development team test cases that accompany the use cases they are developing. The test cases should include tab order, exception handling with exception message, alternate paths based on incorrect end user habits and path that introduces invalid data into the tested case. Giving the development team test cases insures consistency in the quality of the test and removes from the developer the burden of having to think of alternatives which may not be obvious to them. Without allowing the test case to become too involved, incorporate elements of a unit, integration, system and acceptance test into the cases. The white box approach during unit testing is the only one that makes sense. 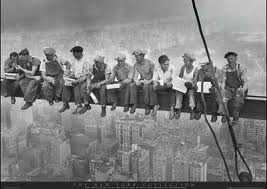 team the only way one may be assured these tests are run is through developing a strong relationship with the manager of the software team. There is a natural tension between the development and quality assurance teams. Since the QA manager has more to gain from this relationship than the development manager, the QA manager should foster this relationship. Maybe going to lunch on a regular basis will help. If targeted unit testing is applied, the amount of bugs will dramatically drop.

Passionate, experienced Agilest with a love for Scrum and Kanban. Huge fan of Lean, Theory of Constraints and of course the Toyota Production System. Avid learner. Deeply influenced by the works of Jeff Sutherland, Ken Schwaber, Eliyahu Goldratt, Jeff Patton and countless others. Active in both the PMI and Agile communities in Southern California.
View all posts by Larry →
This entry was posted in Quality & Value, Quality Assurance Planning and tagged fostering relationships, Larry Lawhead, planing, quality assurance, quality assurance management, unit testing. Bookmark the permalink.