Through out history architecture and engineering has created masterful physical assets such as bridges, houses and office complexes. Some constructions such as the Barnenez (France), Sechin Bajo (Peru), Mehrgarh (Pakistan) and Pyramid of Djoser 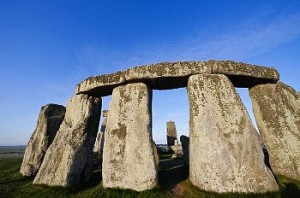 (Egypt) have lasted for thousands of years. Such amazing constructions require thought, planing and adherence to guidelines before, during and after execution. Although usually viewed as unassociated with architecture and engineering, software testing is the same.

Software testing is the last extensive effort before a solution is deployed. Due to tight timelines, budgets, issues during development and misguided business priorities testing is more often than not cut short with the view that endusers are the best testers. If Stonehenge were built according to this priority, our modern age would have been robbed of one of it’s greatest conspiracies (aliens yes or no: vote here).

These articles summarize what I believe to be the very basic architecture for testing software before it reaches the end user. Due to the complexity of developing software it is unrealistic to expect no application contains bugs, but reducing the issues to those which do not cause the enduser to lose faith in the solution must be the goal.

Finally keep in mind these requirements for solid infrastructure and quality assurance guidelines are written from a quality assurance manager’s perspective. I cannot stress clearly enough that the considerations included in these posts cannot be done without a strong collaborative approach. A strong group of stake holders must be included in this “architectural discussion”. I recommend drawing the stake holder group from the development, operations, customer support, sales and finance departments. If you develop broad consensus, enforcing the requirements of your quality assurance policies becomes much easier. It is entirely possible the ultimate outcome for your enterprise will look somewhat different as noted here. The quality assurance manager must know what is right for his or her company as decided in a collaborative and empathic environment.

Passionate, experienced Agilest with a love for Scrum and Kanban. Huge fan of Lean, Theory of Constraints and of course the Toyota Production System. Avid learner. Deeply influenced by the works of Jeff Sutherland, Ken Schwaber, Eliyahu Goldratt, Jeff Patton and countless others. Active in both the PMI and Agile communities in Southern California.
View all posts by Larry →
This entry was posted in Architectures for Good Software Testing, Quality & Value and tagged Architecting the Environment, Larry Lawhead, performance testing, planing, quality assurance, quality assurance management, selecting an environment. Bookmark the permalink.